"In the depth of winter, I finally learned that there was within me an invincible summer."

"The LORD, my God, lights up my darkness." 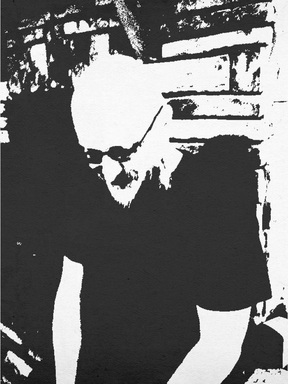 Douglas Tanner is a writer and poet, with previous turns in college acting, and as lyricist/lead vocalist in several rock bands. He is the author of six books. Doug has been writing since fifth grade, when he began sharing his stories with friends. His first story was about a monster attack on Halloween night.

In the fall of 2008, Doug was diagnosed with bacterial endocarditis, an uncommon infection in his heart that is frequently fatal. Admitted to numerous hospitals around the Kansas City area throughout the next several months, he experienced a mini stroke on Christmas Day, when a piece of the infectious growth on a valve of his heart broke off and went to his brain. He was taken to the ER and admitted to another hospital, then transferred to an additional hospital, and didn't return home for several weeks, after undergoing open heart surgery.

Though the surgery, combined with months of antibiotics via an IV PICC line and prayer, had finally conquered the illness, Doug was left with chronic PTSD (post traumatic stress disorder), social anxiety disorder, and clinical depression, all of which he continues to live with to this day. In the spring of 2016 Doug was again hospitalized for a week with endocarditis symptoms. By the end of the week, the symptoms began to fade. Family and friends declared God had healed him of a recurrence of the disease, which is almost always fatal a second time.

Douglas lives in the Kansas City area with his wife Christy, son Alec, daughters Abigail and Annie, a small Schnoodle named Snuffleupagus (Snuffy for short), and a yappy little poodle named Zoey. He studied at Ozark Christian College in Joplin, Missouri and Labette Community College in Parsons, Kansas. In addition to a rock singer, Doug has been a nightclub DJ, and a radio DJ at a number of radio stations, including news director and midday announcer at KOBC contemporary Christian radio in Joplin, Missouri; a winback specialist for AT&T; and a provisioning analyst and team leader with Sprint in Kansas City, where he earned numerous excellence awards.

Doug once developed sun poisoning from driving a motorcycle all day in only a pair of gym shorts (bad idea). His love of monsters began after watching old scary movies on TV with his grandfather on Saturday nights. Doug loves studying the Bible, spending time with his family, watching action/adventure movies with Christy, reading classic adventure novels and old comics, and snorkeling in the ocean.
Powered by