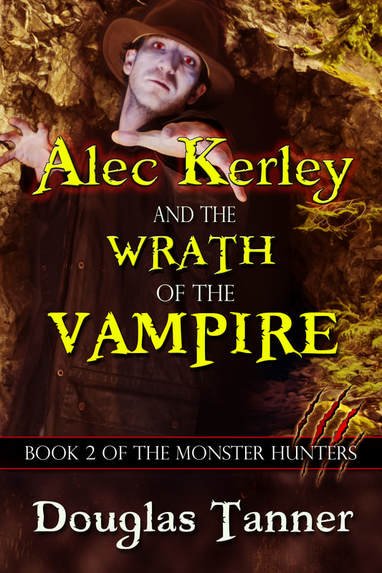 "Mr. Tanner does an AMAZING JOB weaving detailed descriptions. It was so easy to imagine the world he created through the vivid imagery." - Once Upon a YA Book

"WE NEED MORE! An interesting and exciting tale to be sure. I can hardly wait for the next installment." - My Book Addiction Reviews

Adventure, mystery, and monsters converge in this fast-paced middle-grade series perfect for fans of Goosebumps, Cirque du Freak, the Cooper Kids, and the Hardy Boys.

It's been four months since Alec Kerley and his friends had their run-in with Bigfoot in the Ozark Mountains. During a field trip to southeast Kansas, they are confronted by a vampire.

This vampire knows them. He has been stalking them - watching, observing, tracking. He knows Alec's father works for a secret government agency that investigates monsters.

And now the monsters want revenge.

Still dealing with the loss of his mother, Alec will have to gather all the courage he can muster, because the monster hunters have become the hunted.

Hold on tight for the scariest Monster Hunters story yet!

Alec Kerley and the Wrath of the Vampire is a middle grade monster novel filled with adventure. It is a legitimately scary story with some gruesome elements, and a great read for all ages -- middle graders, teens, and adults. Parental guidance is suggested. 52,000 words, 24 chapters.

Wrath of the Vampire Book Trailer from Douglas Tanner on Vimeo.